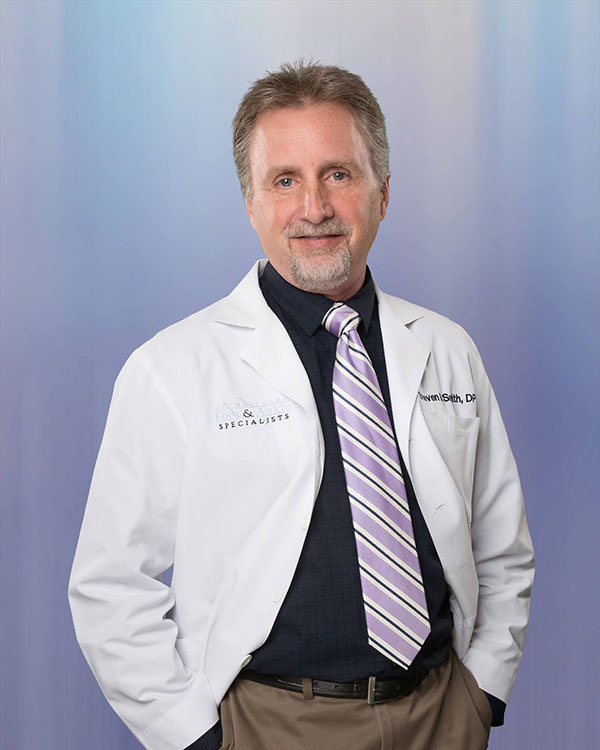 Dr. Steven Smith graduated from Edmond Memorial High School in 1982. From there he received his Bachelor of Science in Biology at the University of Central Oklahoma in Edmond. Following his B.S. degree, he attended the California College of Podiatric Medicine in San Francisco, graduating in 1991. After completing his residency at Monrovia Community Hospital in Monrovia, California, he and his wife moved back to Oklahoma to set up his practice in the Metro Tulsa area in 1994. They have been very fortunate to have many talented doctors join the practice over the years and have been able to expand to locations in and around Tulsa to serve patients closer to their homes.

Dr. Smith has served as the Scientific Chairman for the Oklahoma Podiatric Medical Association from 1995- 1998, and 2003. He currently serves on the Board of Governors.

He has also served on the Oklahoma State Board of Podiatric Medical Examiners and Licensure from 1998-2013, serving as the President from 2008-2013